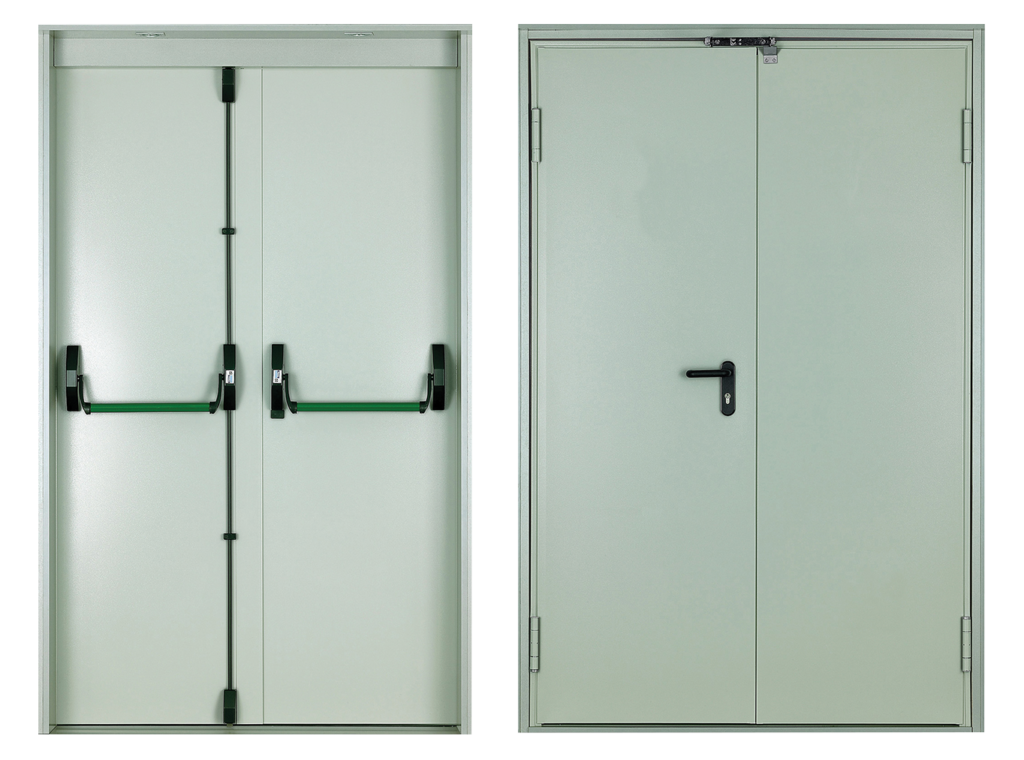 Designed for closing and sectorizing large areas in both, always open position and intensive use. It can be manual, semiautomatic and automatic operated. Its close is guaranteed by a counterweight acting on the panel. When the alarm signal emits a pulse to the electromagnet or the thermal fuse reaches 68ºC the doors is released and driven by the counterweight. Being then fully closed, the action of the fire expands the intumescent seal installed in the fire proof maze around the perimeter of the door, causing its sealing. 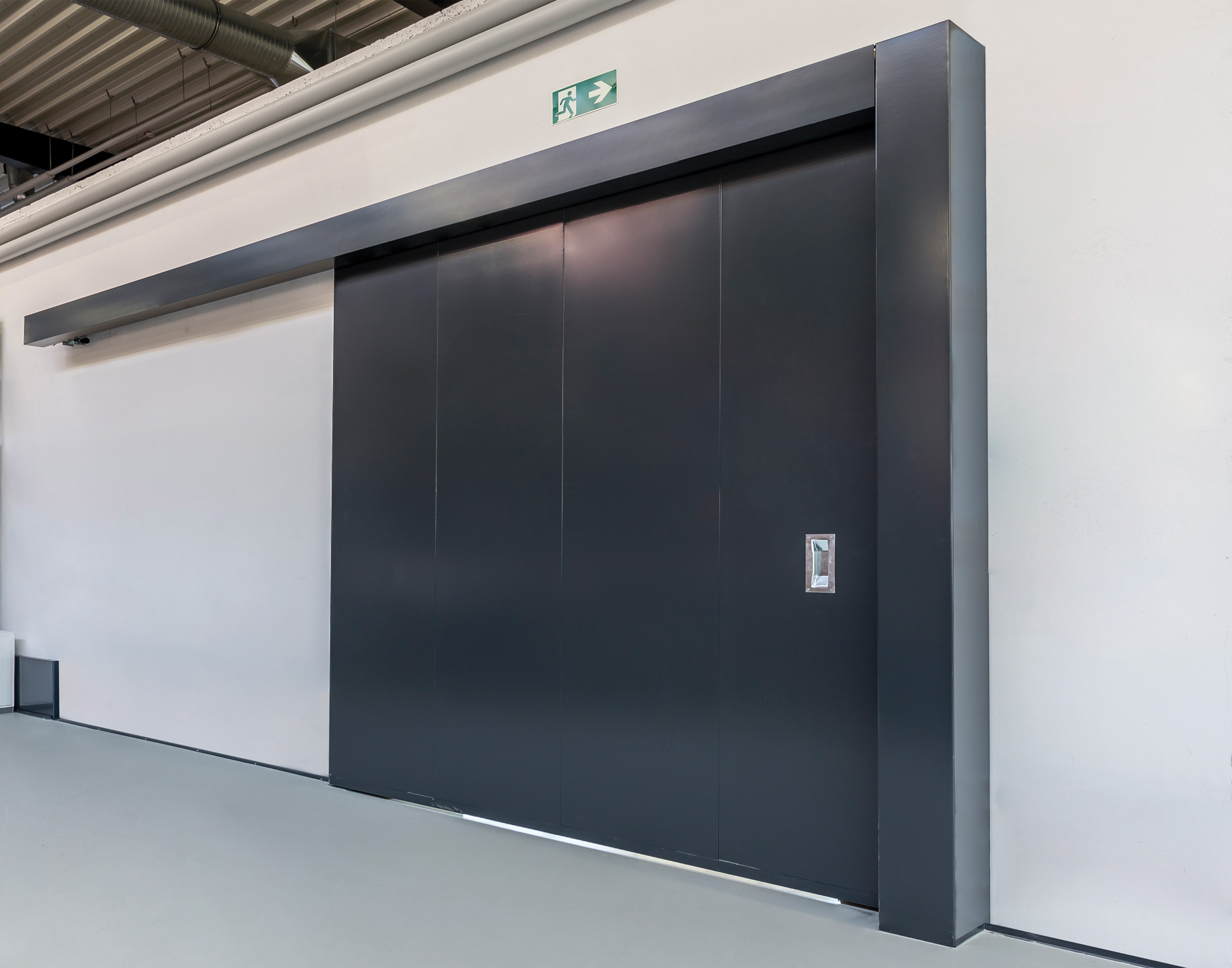